What to know about the Bitcoin Cash Hard Fork?

Bitcoin Cash (BCH), currently 10th largest cryptocurrency in terms of market capitalization, was split on November 15, 2018 into Bitcoin Cash and Bitcoin SV. The original cryptocurrency, Bitcoin Cash was not destroyed by hard forking and it continued to follow its existing protocols. A second currency, Bitcoin SV was created using a revised set of protocols. Both token systems will continue to evolve simultaneously and on parallel tracks. Bitcoin ABC was the original version of bitcoin cash. The new version will be called Bitcoin SV. SV stands for “Satoshi’s Vision,” a reference towards Satoshi Nakamoto, the bitcoin developer.

A hard fork is when developers and miners can’t agree to update the software that governs a specific digital token. One group continues to operate according to the same rules while the other branch off and creates a new blockchain using an updated software setup. A second digital currency is created.

The hard fork in Bitcoin Cash is the result of tensions among developers. Amaury Sechet, a BCH developer, proposed an upgrade that would change the order of transactions on the blockchain. This caused a schism and has only gotten more fraught. As tensions rose, miners and developers within the BCH community began to support one of the two major figures in the digital currency industry, Roger Ver or Craig Wright. Wright and Ver are both strong supporters of digital currencies, and Bitcoin Cash in particular. However, they have not been able to come to an agreement on how to proceed.

The desire to increase the block size limit, from 32 MB up to 128 MB, motivated the hard fork to create Bitcoin SV.

Ver, also known as “Bitcoin Jesus”, has taken a position to support the new software upgrade. This means Ver supports Bitcoin Cash rather than the hard fork currency. Wright, on the other hand, claims to be Satoshi Nakamoto, and believes that the BCH software should increase the maximum block size from 32MB up to 128MB. Wright claims that this would be more in line with Satoshi’s original vision for bitcoin. Thus, “Satoshi’s Vision”, was born.

The Day of the Split

The hash power, or computing energy required to mine tokens, will be determined by miners. Miners are more likely to give their hash power to the coin that promises a higher profit once the mining process is complete. Analysts predicted that Bitcoin ABC (regarding Bitcoin Cash’s original name) would prevail and receive up to 60% of total haveh power.

Bitcoin Cash traded at approximately $289 on the day of the split while Bitcoin SV traded around $96.50, a decrease from the un-split currency’s price.

Many of the top digital currency exchanges around the world became involved in the process, if only to support the fork. Users of exchanges such as Coinbase and Binance could receive one token for every token they had at the time the fork. BitMEX is different from other major exchanges because it took sides before the fork. It announced via blog that its contracts would settle at a price on Bitcoin ABC side of any split, and will not include Bitcoin SV value.

Other exchanges also allowed customers to pre-trade both the new coins and a rare move. This could be because it allows the wider digital currency community to voice their support by trading actions. Bitcoin SV trades at $318.92 and has a market cap close to $6 billion. Bitcoin Cash trades at $22.6 billion and trades at $1,204.16.

Previous articleHow to Buy and Invest in Bitcoin?
Next articleWhere is the Link between Bitcoin Price and Twitter?

The Decentralized Financing (DeFi) sphere has already been all of the hype in 2021, many have previously seen high-interest prices on DeFi systems advertised for...
Guides

What is an Altcoin?

What are Bitcoin Watchers saying?

Bitcoin entered uncharted territory on Wednesday after breaching $10 000 for the very first time, leaving traders to wonder just how long the rally will...
Ethereum

What to know About Elon Musk and Ethereum?

Could Tesla be the next electric car manufacturer, with major companies like JP Morgan and EY supporting building via Ethereum? But not quite. At least not... 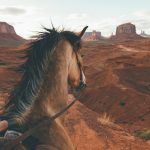 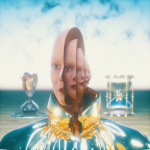 Left To My Own Devices 04 – Chiaro

Left To My Own Devices 04 – Spectrum