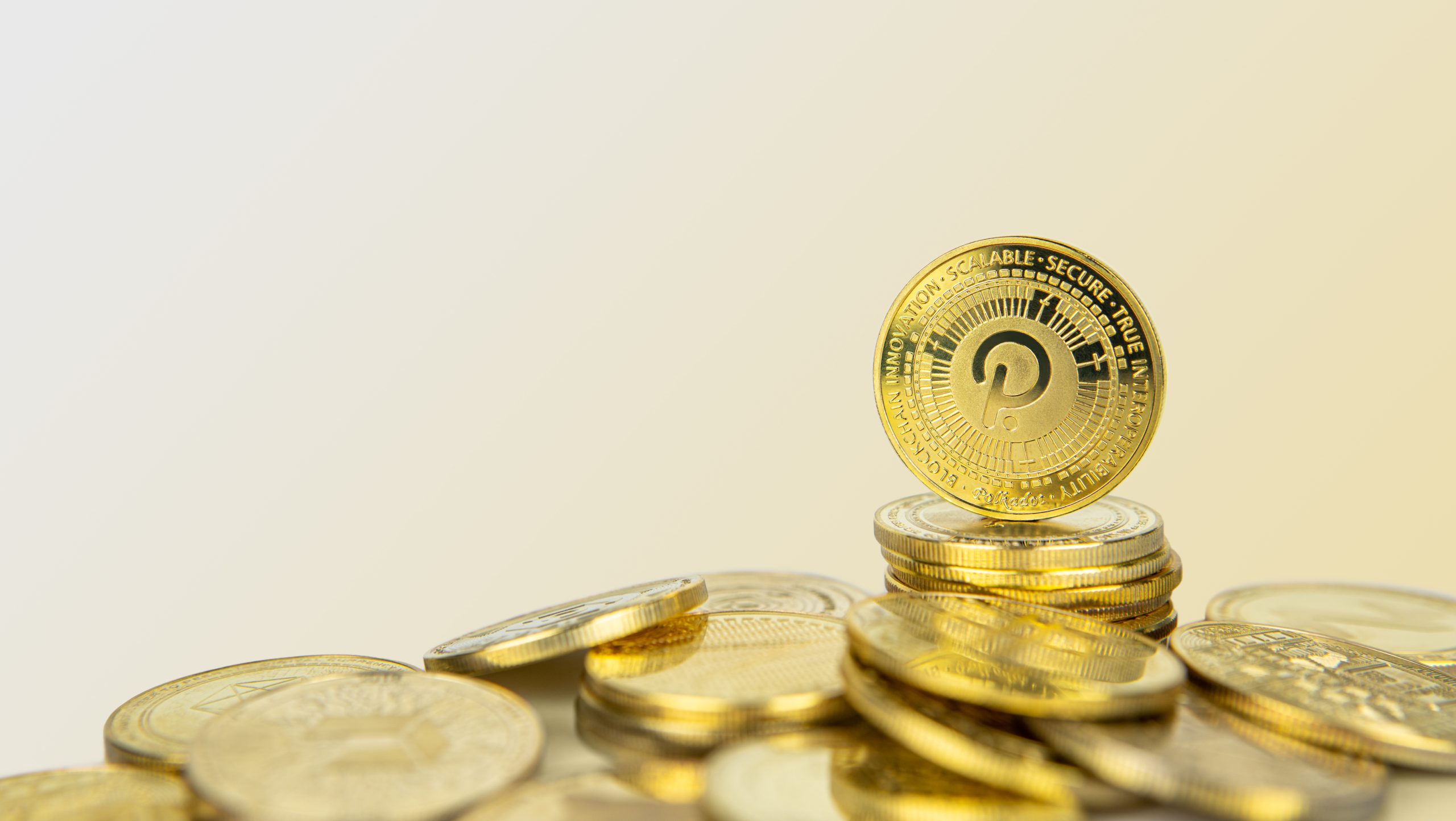 Polkadot, one of the most recent blockchain projects, is one. This blockchain is unlike traditional cryptos. Bitcoin, Litecoin and Dogecoin all reside within their crypto network. Polkadot’s main goal is to provide a network foundation for these blockchains to communicate with one another. If we dive into the blockchain, we will see that Polkadot is bound to fail. Polkadot is a promising venture. In this article, we would explain why Polkadot will ultimately fail.The best place to learn all about Polkadot is the official wiki page: https://wiki.polkadot.network/docs/en/getting-started. First of all, we would explain the architecture of this network, so it will be easy to understand the pitfalls of Polkadot.

The Polkadot Network’s backbone is the Relay Chain. Everything happens here. This Relay Chain will be connected to other blockchains and crypto currencies. Parachains:

Parachains are independent blockchains that can be connected to the Relay Chain. These Parachains must be created through a template known as “substrate” provided by Parity Technologies, the creator of Polkadot blockchain.Parathreads:

Parathreads can be used in the same way as Parachains. They are connected to the Relay Chain only when necessary. Bridges:

As you can see, only blockchains made with substrate can connect to Polkadot’s Relay Chain. The substrate is not used to create Bitcoin, Litecoin and Ethereum. They require special Parachains to be able to connect to Relay Chains. These are called Bridges.

Validators are powerful computers that process transactions and maintain security for Polkadot. They are also known as miners in other blockchain networks.

Each Parachain and Parathread has its miners, who process all transactions. They are called collators. Council Members:

The Polkadot network is managed by members of the Council. They are responsible for all changes. They are the network’s gatekeepers. Technical Committee:

The Technical Committee makes all technical and programmatic changes to Polkadot. DOT:

The currency of the Polkadot network is DOT. Please visit https://coinmarketcap.com/currencies/polkadot-new/ for the latest price of the DOT.Treasury.

All newly created coins are collected under the treasury accounts. All DOTs are then dispersed. Let’s now examine why Polkadot is doomed. Everything in the Polkadot revolves about the DOT (Polkadot currency). Money is the only thing that matters in this network. You have DOT, you have power. It’s hard to become validators.

You will need a powerful computer with an internet connection to mine Bitcoin, Litecoin and Bitcoin Cash. There is no limit on the number of miners who can join these blockchain networks. The more the better for security. Polkadot is not valid. This number could rise to 1000 over time. If your computer can process transactions, you’ll be rewarded with Bitcoin, Litecoin and other cryptocurrency networks (simplified explanation). There will be no more than 1000 validators on the Polkadot.

There are only a few slots available for miners. This is called staking. 1000 contestants with the highest DOT bonds will be chosen to become Polkadot validators for one day. To become a validator, contestants must compete to post the highest amount of DOT (money), bond for 28 days. It costs $40/DOT and is worth $68 million. This process continues every day. To become a validator, you cannot put $68 million on the table for 28 days. This is except for large companies. Unless competition for validators drives up the minimum number of validators, the DOTs price will rise to $100. It’s expensive to become nominators.

As we have seen, not everyone can become validator due to a lack of money. Validators can be assisted by DOT holders. – Active validator- Inactive validator

Active validators are those who actively participate in the Relay Chain. Those who couldn’t make it due to a shortage of DOT are called inactive validators. You can ask Polkadot during the validator nomination phase to count your validator DOT towards them, helping them get into active validator sets. You can nominate up 16 validators. In this instance, you will be referred to simply as the nominator.

Polkadot will lock the DOT for 28-days if your validator is chosen. This is called staking. These days, you can’t withdraw, transfer, or send crypto. You would receive a reward in DOTs from your validator if you staked your DOT. However, there are many problems with this process. Only 128 of the validators with the highest stake in DOT will be rewarded if they have 130 nominators.

To keep the Polkadot Relay Chain safe and operational, validators and nomators will risk their own money. The network will take down a validator’s staked DOT if they behave badly or stay offline. Polkadot gives a number of DOT to validators. It could be 1,000 DOT. The slashing is done in the form a percentage, such as 0.1% – that is, 0.01% of 2,000,000 DOTs equals 2000. The council members decide how the slashing will be done. It could be higher, sometimes even 100%. Furthermore, only 128 validator nominators receive rewards. However, penalty slashing results in every nominator having their DOTs cut. If a validator has 150 nominees, 128 of them would be eligible for dividends, but all 150 nominees DOTs would be slashed during network penalty.

Currently, Polkadot has 13 members of its council. 24 members are the maximum number of councilmembers. These members are elected by the power of DOT. In simple terms, 1 DOT means 1 Vote. Here is the list of the latest council members: https://polkadot.js.org/apps/#/council As of writing this article, to become a Polkadot council member, one needs a minimum of 11 million DOT backing. It costs $40/DOT and is worth $440 million. You cannot become a Polkadot member unless you are a celebrity or wealthy. It is an elite class that determines the fate of Polkadot and you will not be able become a member of this council. Polkadot’s governance is now a plutocracy. Risk of Proposal

Polkadot claims anyone can submit anything for the Polkadot network. If the proposal is approved by a majority of council members, the technical committee will implement it, unless it is detrimental or harmful to Polkadot. Other people can vote with their DOT. There are several issues.- Anyone who wishes to submit a proposal must place a few hundred DOTs bond. If the proposal is rejected, the Treasury will take all DOTs that voted “Yes” and confiscate them. It’s nothing more than a poll tax. We amended our US constitution long ago to say that no one should pay to vote. Polkadot wants to bring it back. – Even if your proposal wins the majority vote, any member of the council can veto it. You will lose all your staked DOT if you kill your proposal.

Parachain will be limited to 100 slots on the Relay Chain. It is designed to create a fake shortage. Polkadot cannot connect all blockchain projects into one network. Parachain, Parathread, and Bridges must also place a significant amount of DOTs to bond. Few of the 100 are reserved for Parathreads or other dedicated Bridges (Bitcoin). How can this business model be sustainable? Insane Inflation:

Everyone wants to invest their money. We all know that fiat currency loses its value every year because the government prints money. Everyone criticizes the US Treasury for inflation.

As you can see, USD inflation fluctuates from 1% to 3%. What is the inflation rate in Polkadot? Polkadot doesn’t have a fixed inflation rate. It fluctuates between 8% and 10%. It’s insane. There will be no more than 1000 validators. It has many negative consequences.

Most DOT holders flock Kraken and other crypto exchanges because there is a roadblock (minimum stake requirement and maximum 128,000 minators) to stake DOT. These exchanges combine stakes and DOTs. It creates a power concentration. Polkadot has now become a centralized cryptocurrency. Conclusion:

Money is the core of the entire Plkadot ecosystem. The blockchain is controlled by those who have more money (DOT). It will ultimately be the downfall of this crypto. 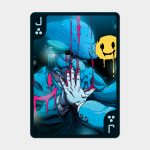 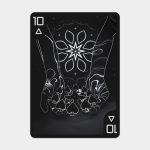